Syn is a brown and white wavy-coated Portuguese Water Dog. Her breeder is Elaine Lyons Suter.

I started out not wanting a brown dog. MY dogs are black! Then I thought, stupid to pick a dog on colour. If my dog happened to be brown, that would be ok (eye roll). By the time I went to get her, I was hoping hoping hoping mine would be brown – and she was! What a fun ride! in 2014 she earned 8 titles in 2 months in 2 countries and 4 different venues. She “sailed” through her water work and was only defeated in her Master Water Dog quest by age and travel distances – she got 3 of the 5 legs she needed in 3 sweet tries, and then just couldn’t physically do it any more.

One thing you never want a carting dog to know is that the weight of the cart can defeat them. We practised so hard for her Draft Excellent title! Instead of the 60 pounds plus cart she’d be pulling in the test, we practised regularly with 80 pounds, on gravel and plowed fields. If she ever tried a hill that she couldn’t power up, I had a leash on the cart and I’d surreptitiously give her a little help. The last practise before we left on the 9-hour drive to the DDX test, she turned a little too sharply into hill she’d taken many times before so she didn’t quite have the speed to get up it, and I was complacently too far away to help. It slowly pulled her to a stop, and then dragged her backwards down to the bottom. While I was moaning and whining – now she knows a hill can beat her, there’s no point in even going to the test, a whole summer wasted – Syn trotted away from the hill with the cart, turned around, and went for the hill again, hitting it at a dead run this time. Halfway up she started to growl, and when she reached the top, she turned around, looked down, and gave it a triumphant rroooROOO! And passed the test with no problem at all.

If she can do it, she’ll do it. She’s the sort of honest dog you want along when “it” hits the fan. If I ever have another competition or Service Dog like her, I’ll be more than lucky. 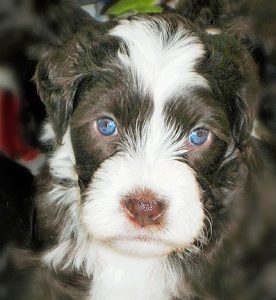 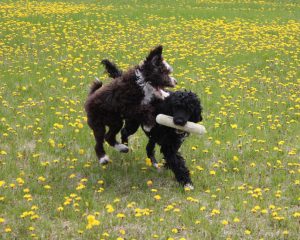 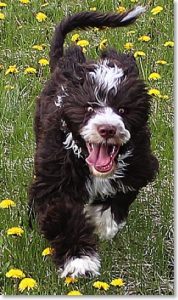 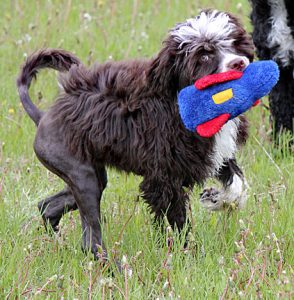 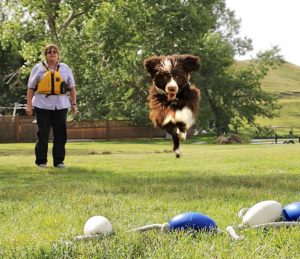 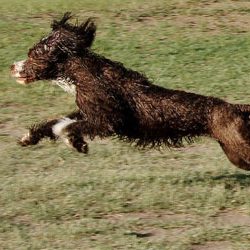 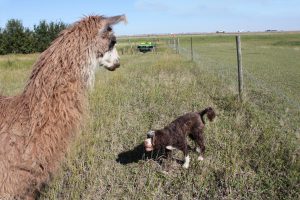 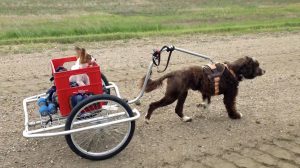 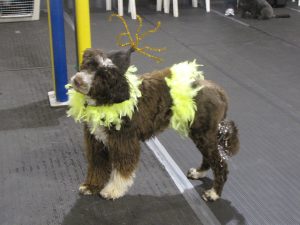 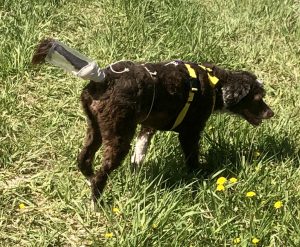 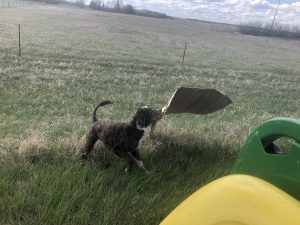 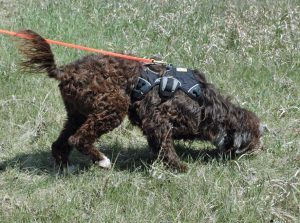 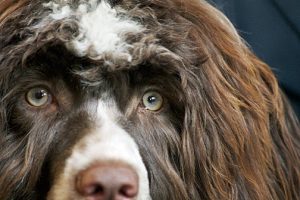 Our first meeting. Are you my Syn? The answer was obvious. She never took her beautiful blue eyes off me. 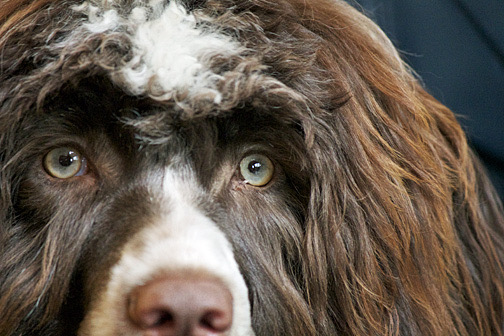 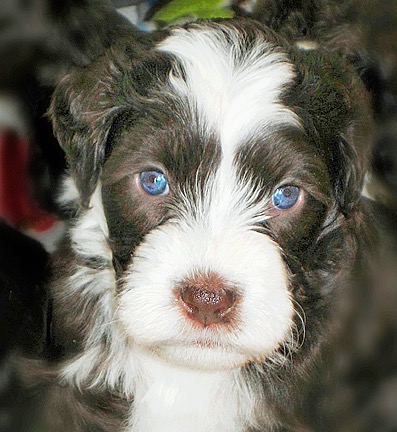 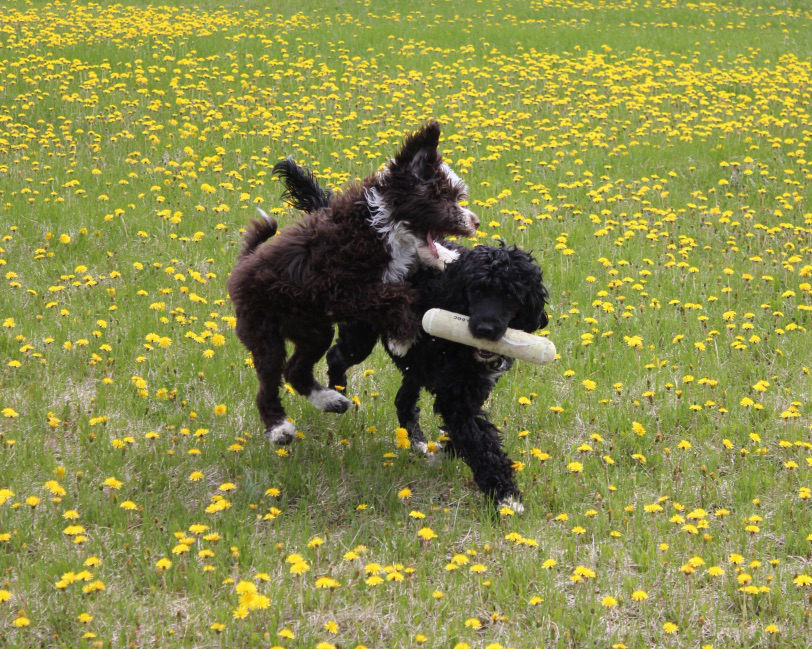 Ten months old, and Little Miss moved on to Level 3 with a bang. Starting at the beginning, we zipped right through L3 Zen.

Syn sat in her crate in the truck all day yesterday. I took her out to pee & play every hour, but it was a long day for her anyway. She was VERY good, but in the evening we walked around the hotel parking lot and she went cRRRRazy. Never mind what else happened though – first counter surfing!

I happened to catch a look at her in a mirror in the training hall and hey, she looks GREAT in her new retriever trim, and she’s really grown into all that leg she was having difficulty knowing what to do with 3 months ago.

Read from the beginning...

Today I met Hunter Sync Or Swym At Dragonair for the first time. She’s one of a large herd of Portuguese Water Dog puppies – 13 puppies!

We test Syn again. Oh! THERE’S my puppy! She’s feeling better today. She races after the ball, grabs it, and flings both the ball and herself bodily into the tester’s lap.